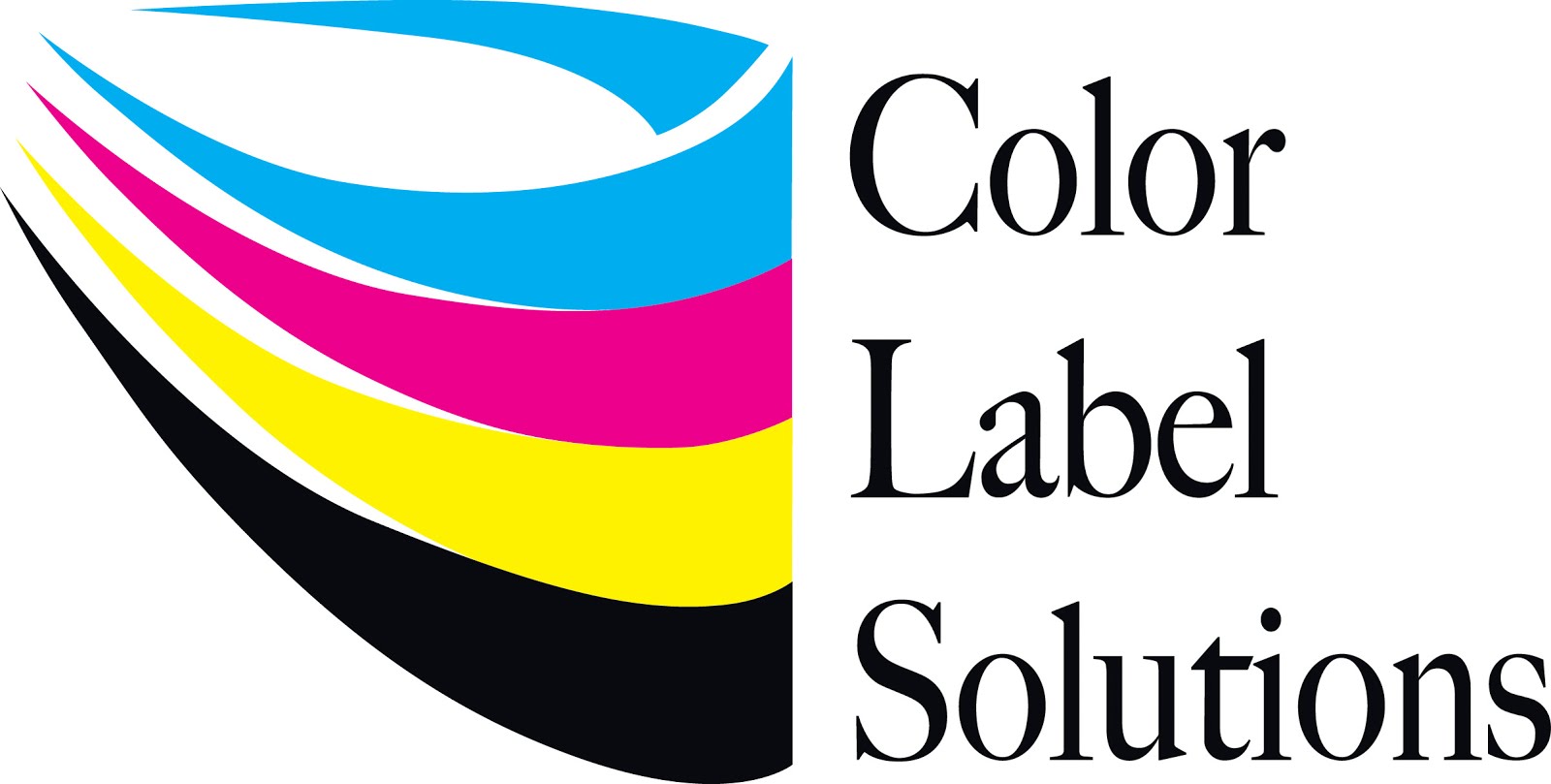 From November 15 to 18, Epson exhibited at the International Attractions
& Amusement Parks Association (IAAPA) Expo in

For those of you who don’t know IAAPA, it is a very large tradeshow; with over 25,000 attendees from amusement parks, museums, zoos, waterparks, arcades and may other types of entertainment centers.

At the show, we demonstrated an entirely new product/market concept; on-demand color tickets and wristbands using the TM-C3400 ColorWorks printer and the new prototype printer currently called Egis or the TM-C3400 LT.  Egis is an all-in-one durable terminal with Windows embedded OS and multiple interfaces.


During the show, we found a significantly number of end users interested in producing either color tickets or wristbands on-demand; split approximately 50%-50%.  Most of these prospects said they had never heard of the capability to produce color tickets and wristbands like the ones produced by the TM-C3400. 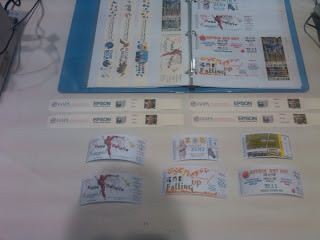 During the show, Tropical Security of Wellington FL demonstrated the TM-C3400 in their booth.  According to Ray Horton (CEO) of Tropical Security Inc, “we had a significant number of prospects for and completed lots of demonstrations of on-demand color tickets.  The prospects loved the “1-Stop” approach to producing color tickets and wristbands only when needed.” We see a great future for this new solution.” 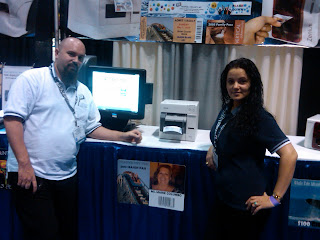 Tropical not only demonstrated the printer in their booth, but also created a pop up poster: 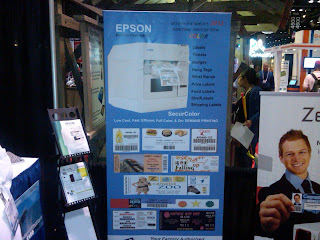 Also at the show, Ken Willis of Microsale demonstrated on-demand color tickets.  At the end of the show, Ken said, “a market exists for on-demand tickets and wristbands.  As a result of having the printer in our booth, we have many leads for this new solution; some ready to buy now!  Overall, the TM-C3400 produces high quality images at a great price!” 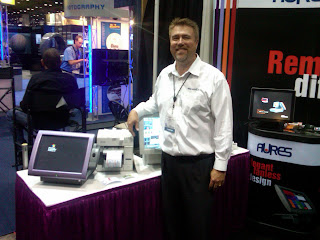 By offering a unique solution, on-demand color tickets and wristbands, you will provide your customers new ways to communicate to their customers, enable more flexibility in their ticketing operations and eliminate the requirement to inventory large qualities of valuable tickets.  In addition, you will create a new on-going revenue stream for yourself.

Contact me if you have any questions on producing on-demand tickets or wristbands; or if I can help you with your prospects and customers.

PS:  Congratulations to Joe Callis of Gatemaster Systems who won an Epson Artisan 730 printer.  Joe won the printer as one of the ISV's and VAR's who came to the Epson booth to see on-demand tickets and wristbands from the TM-C3400.

Posted by Color Label Guy at 11:27 AM No comments:

PI Components (PIC) (http://www.picomponents.com/) manufactures diaphragm seals for pressure instruments.  It is a part of Rosemount, which in turn is a business unit of Emerson Process management. Emerson is a diversified global manufacturing and technology company and has more than 140,000 employees and approximately 265 manufacturing locations worldwide.

In their shipping department, PIC needed a new process to eliminate shipping errors.  With similar looking products going to one of 8 different facilities, it was possible for operators to mistakenly ship the product to the wrong location.  After considering their options, PIC decided color labels would be the easiest and most effective means to eliminate potential shipping errors.

“Initially, we were told to use preprinted, color labels with our existing thermal transfer printers” says Miquel Lopez, Manufacturing Engineer from PIC.  “However, we did not want to continuously change labels in the printers as well as add another potential error point in our shipping process.”  Given the reluctance to use preprinted, color labels, Miquel started looking for on-demand color labels and found the Epson TM-C3400 ColorWorks printer.

After reviewing the Epson website on the TM-C3400 printer (http://pos.epson.com/lp/epson-color-works/), Miquel contacted Epson and I provided him a printer to evaluate.  With this printer, Miquel integrated the printer with their financial and shipping systems to add color on each label depending on the ship to location.

Overall, it took about 2 months for PIC to complete the integration and testing of the solution to use color for each of their shipping locations. 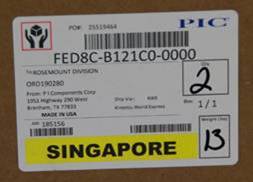 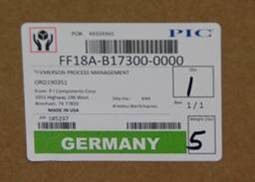 Since installing the new solution, PIC has not had a single shipping error.  “PIC considers the deployment of the TM-C3400 as a total success” says Miquel.  “Plus, the operators are very happy with the deployment; now, they don’t have to think about where the shipment is going.  All they do is print the shipping label and know instantly where to place the product.” 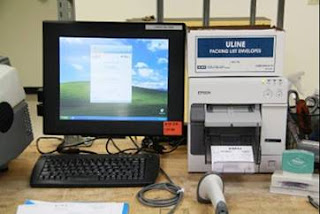 Help your customers stop shipping errors, saving them time and money, with on-demand color labels.  Contact me if I can support you with your customers and prospects for this process.

Posted by Color Label Guy at 7:50 PM No comments:

This week, I met the perfect prospect for color, on-demand labels.

This company shows how on-demand color labels are good for both your customers; and you.  Let me explain.

For over thirty years, Dura Plastic Products, Inc. has been known for its quality products and outstanding service. These qualities have allowed this family owned business to grow into a recognized leader in the PVC piping component industry.  http://www.duraplastics.com/ 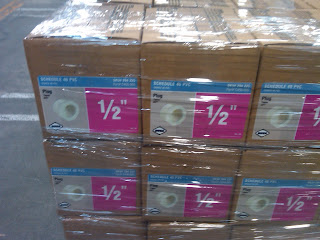 After conducting research, Dura Plastic purchased two relatively large, expensive printers from another company earlier this year.  In addition, they built a 2 story print shop in the middle of the packaging area to print and store a small quantity of labels. 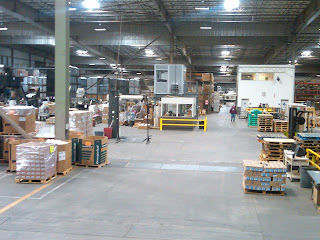 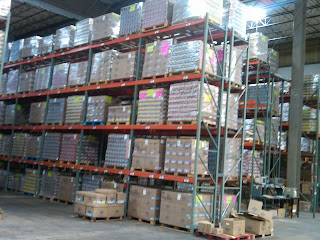 Although committed to color, on demand labels, Dura Plastic has not been satisfied with their printers.  “We have had several problems with our new label printers” according to John Akamine, of Dura Plastic.  “Although the service department of the company has been very supportive, we decided to look for a different on-demand color printer.”  Given the situation, John attended Pack Expo in September where he saw the TM-C3400 printing in the Epson booth.

Since the show, Dura Plastic has been testing the TM-C3400 ColorWorks printer; and is just now getting their first order of die cut labels to complete a pilot production run.  If successful, Dura Plastic will add several printers and purchase labels for their Home Depot SKU's.  In addition, Dura Plastic is considering switching to on-demand color labels on the rest of their 3,000 SKU’s.

With a large number of SKU’s and a requirement for color on their labels, Dura Plastic Products represents the perfect prospect for on-demand color labels.  In addition, on-demand color labels will reduce their costs; the working capital cost of label inventory, the waste cost of obsolete labels, and the labor cost to pick/put away preprinted labels.

Look for customers like Dura Plastic Products to sell on-demand color labels and the Epson TM-C3400 ColorWorks printer.  You will not only help your customers, you will earn the revenue from the hardware, service and the on-going consumables.

Feel free to contact me anytime to help with your "perfect" prospects.

Advanced Retail Management Systems (ARMS) is the leading provider of point-of-sale and inventory control systems for small to mid-sized retailers in the , supporting over 1,000 customers. For 25 years, ARMS has been helping retailers run their businesses more profitably.  (http://www.armsys.com/).

As the President of the Value Added Reseller and Integrator, Bruce Klepper, President, saw the opportunity for new business immediately with his existing customers with on-demand label and tag printing.

To move forward with the opportunity, ARMS took a 3 step approach to test the on-demand label solution.  First, ARMS tested the functionality of the TM-C3400.  Using a demonstration printer, a technician from ARMS learned how to operate the printer.  For ARMS to promote the TM-C3400, it was important to verify how the printer performed.

Second, ARMS wanted to see the total on-demand solution run.  At the recent Retail Pro Partner Conference, ARMS saw first hand, Retail Pro®V9 produce on-demand labels and tags.  Be sure to check out my previous post for more information on this meeting.

Third, ARMS arranged a supply and price of the media.  As the TM-C3400 requires different media than traditional thermal transfer or direct thermal printers, ARMS felt the need to confirm the available supply of media.  After a few emails with a label converter, ARMS had a supply of continuous glossy paper labels and paper tag stock.  In addition, they gained an understanding how to order die-cut labels to meet the specific requirements of retailers.  Although some may see the different media requirement as a negative, it may enable VAR’s like ARMS to sell more on-going consumables.

With the total solution confirmed, ARMS was ready to take the next important step:  promote it with their current customers and key prospects.  Using their monthly newsletter, ARMS added a segment on the TM-C3400:

According to Bruce, “the newsletter created several prospects for the TM-C3400 immediately”.  We now plan to send sample labels and tags out to the interested customers and conduct demonstrations.  We are very hopeful about the potential of on-demand label printing.”

You too can create new business with your existing customers; and maybe capture new customers at the same time by pursuing the opportunity with on-demand labeling.  Contact me to discuss how I can help with your Marketing effort.

Posted by Color Label Guy at 4:03 PM No comments: 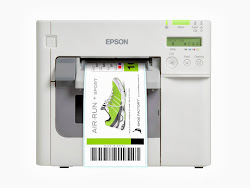